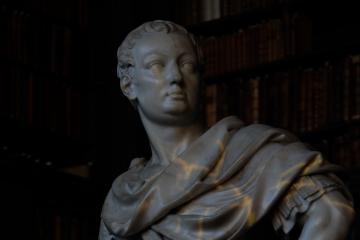 Christopher Codrington, a former Fellow of All Souls, died in 1710, leaving a bequest of £10,000 to the College for building a new library and stocking it with books; this new library became generally known as the Codrington Library, although that name was never formally adopted by the Statutes of the College. Codrington’s wealth derived largely from his family’s activities in the West Indies, where they owned plantations worked by enslaved people of African descent.

The College continues to address the problematic nature of the Codrington legacy.

In 2017 a memorial plaque was erected at the entrance to the Library, ‘In memory of those who worked in slavery on the Codrington plantations in the West Indies'. 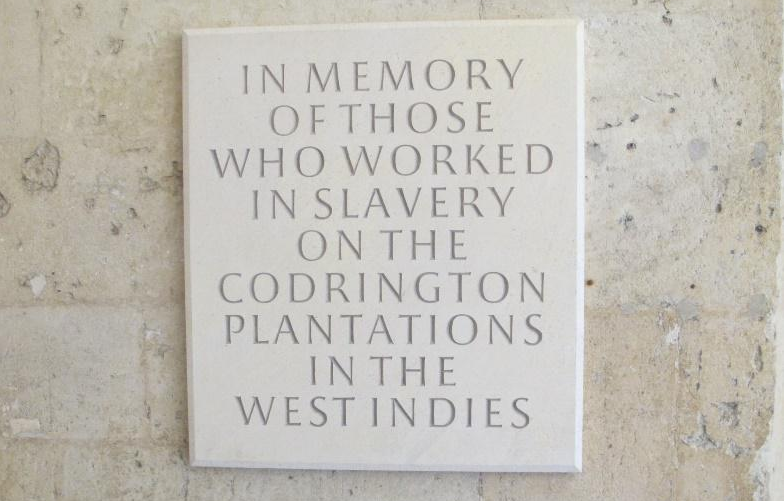 In 2020 a series of donations to Codrington College, Barbados (a theological college also founded by a bequest in Codrington’s will) were pledged to a total of £100,000.

Three fully funded graduate studentships at Oxford for students from the Caribbean were also set up. These are named after Sir Hugh Springer (1913-94), who was a Visiting Fellow of the College in 1962-3, and who became Governor-General of Barbados in 1984.

£6 million of the College’s endowment is now set aside, on a permanent basis, to produce the income that funds these studentships.

The College also decided that the statue of Codrington which stands at the centre of the Library will remain there. Onto it are projected a sequence of the names of enslaved persons who worked on Codrington’s plantations and adjacent estates in the early eighteenth century. 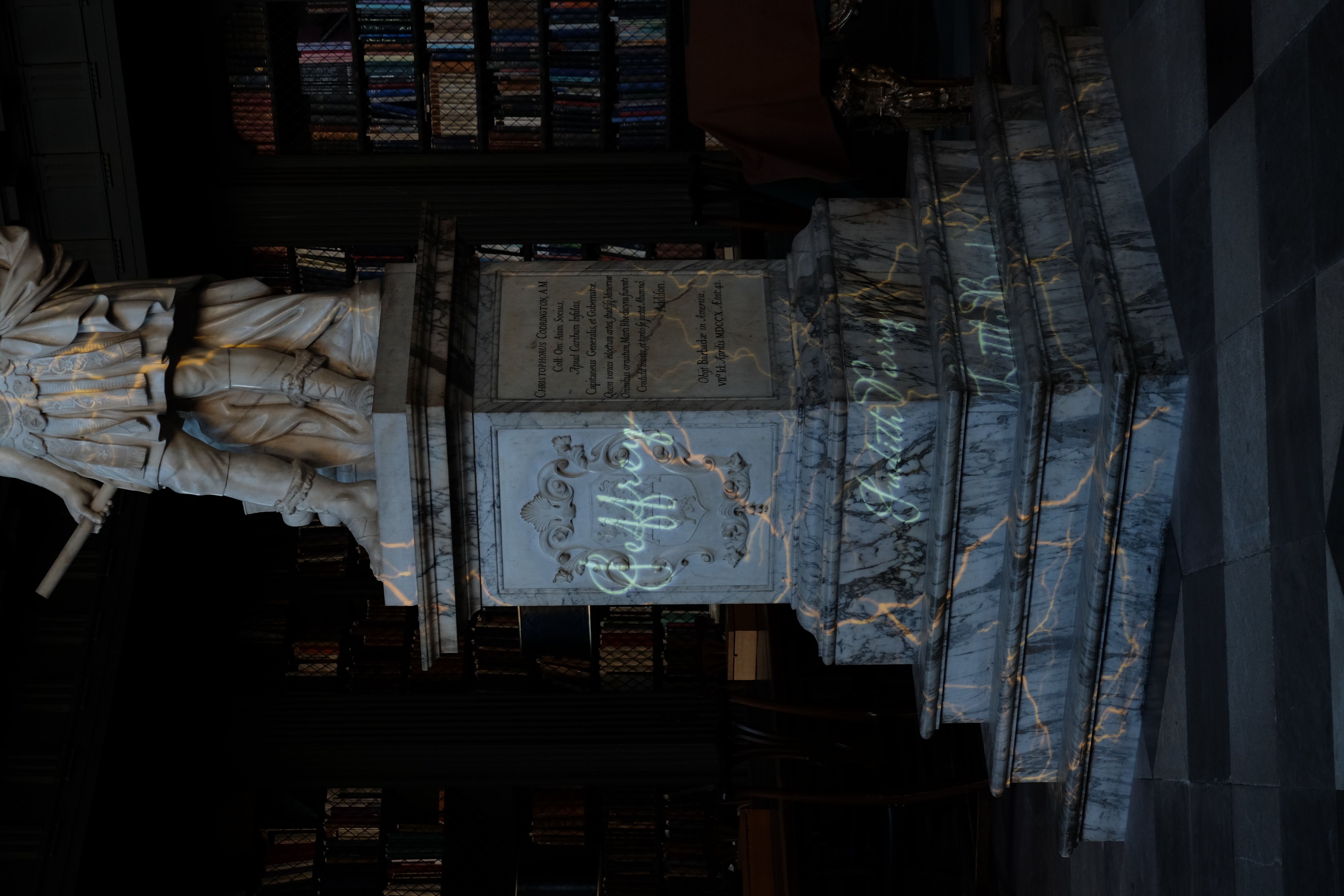 The statue is further contextualised by digital displays in the ante-room of the Library, through which users pass. Currently there are three presentations:

Screen 2: Christopher Codrington: religion and the founding of Codrington College

Screen 3: Christopher Codrington and the Library: the building and the statue

Two more screens in the main body of the library are located to either side of the statue, and will carry additional presentations, as well as a fuller list of the names of the enslaved.

Further presentations will be added as they are made possible by the continuing research.

In June 2021 the College also agreed further academic initiatives, including: